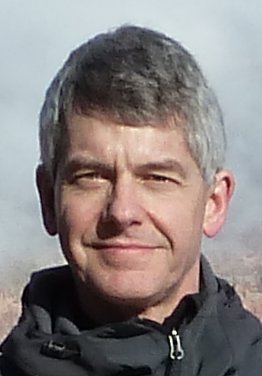 and later worked there as a researcher, earning his doctorate in 1984. He was appointed to a lectureship at City University London in 1984 where he promoted physical model testing research. He installed the Acutronic 661 geotechnical centrifuge in 1989 and has been active in initiating a wide range of centrifuge research projects. A key development in centrifuge testing has been to monitor deformation mechanisms. For this, he pioneered the use of digital image analysis techniques to measure ground movements in centrifuge models, which has become a standard technique used in centrifuge facilities around the world. Research has related to construction processes and has included studies of ground movements caused by tunnelling in layered ground, the use of minipiles as high load-capacity foundations, the use of heave-resisting piles to reduce ground movements near deep excavations, the performance of thrust blocks as a means of supporting deep basement walls, the interaction of piled foundations with existing tunnels and ground movement control using spiles placed from a tunnel heading.
He has published widely in international journals and conferences and has edited and contributed to a book on Geotechnical Centrifuge Technology. He was awarded a personal chair as Professor of Geotechnical Engineering in 1996. In addition to his academic career, he has maintained active links with industry and is an associate of the London based specialist geotechnical engineering consultancy firm Geotechnical Consulting Group.

Dr Taylor has served on the committee of the British Geotechnical Association, and has been the secretary of ISSMGE Technical Committee on Underground Construction in Soft Ground, and also a key member of the TC on Physical Modelling in Geotechnical Engineering. He was elected to the office of Secretary General of the International Society for Soil Mechanics and Geotechnical Engineering and took up the appointment after the Council Meeting in Amsterdam, June 1999.