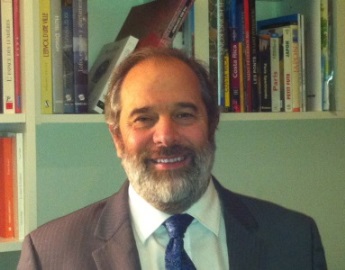 Roger Frank was born in 1949 at Roslyn, New York (USA). He was then raised in the UK, in Switzerland and in France. He received his Diploma of Engineering from ‘Ecole nationale des ponts et chaussées’ (ENPC, National School of Bridges and Highways of France) in 1972. Both his Doctor of Engineering degree (1974) and his Doctor of Science degree (1984) are from Pierre and Marie Curie University of Paris. Roger Frank has devoted his entire professional career to the 'Ponts et Chaussées' (the French Highway Administration). He was first employed by ‘Laboratoire central des ponts et chaussées’ (LCPC), where he became Head of the Foundations Section in 1983, and Head of the Soil Mechanics and Foundations Division in 1990. From 1992 to 2003, he was the Director of CERMES (ENPC-LCPC), a teaching and research centre in soil mechanics. In 1997, Roger Frank was promoted to the rank of Professor in geotechnical engineering at ENPC.

The main field of expertise of Roger Frank is in situ testing and foundation engineering. He carries out theoretical and experimental research, as well as consulting work for civil engineering projects. He has authored or co-authored more than 200 papers in journals and conference proceedings, and he has delivered numerous invited lectures in many countries. From 1998 to 2004, he was the Chairman of the European committee in charge of Eurocode 7 on ‘Geotechnical design’. He was the Vice-President for Europe of the International Society for Soil Mechanics and Geotechnical Engineering (ISSMGE) for the period 2005 to 2009, an appointed member on the Board of ISSMGE for the period 2009 to 2013 and he was the President of ISSMGE for the period 2013-2017.