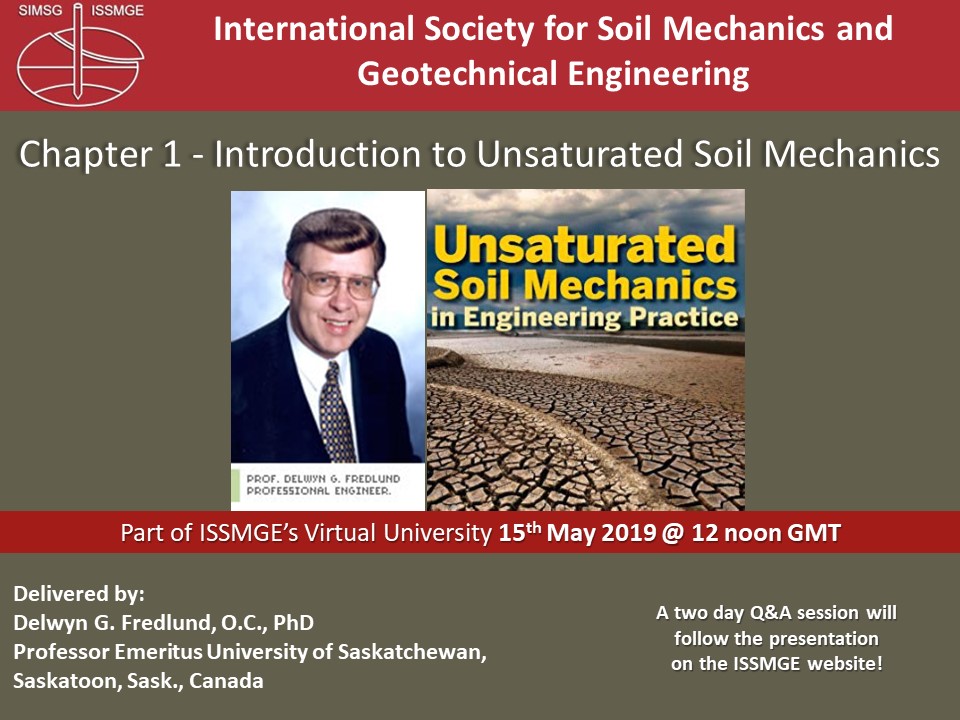 The ISSMGE is pleased to announce the delivery of the first course on unsaturated soils as part of the ISSMGE Virtual University program. This course is delivered by Prof. Delwyn G. Fredlund and is composed of six lectures of total duration 260 minutes.

This course is based on notes presented in the book “Unsaturated Soil Mechanics in Engineering practice” published in 2012 by the speaker. The objective of the course is to introduce unsaturated soil mechanics within the framework of classical soil mechanics by incorporating soil suction.

The third lecture details the determination of SWCC in providing information about the amount of water and the energy state in water phase. The experimental measurement of the SWCC is explained and inherent parameters depending on the type of soil are introduced.