15th Conference of International Association for Computer Methods and Advances in Geomechanics, (IACMAG) was held in Wuhan, China, from 20 October 2017 to 23 October 2017.

Prof. Hanlong LIU was awarded CHANDRAKANT S. DESAI MEDAL by founding chairman, Prof. Desai and present chairman, Prof. Carter. This medal is one of the most important awards of IACMAG, and it is given to 2-3 people every three years world-widely. 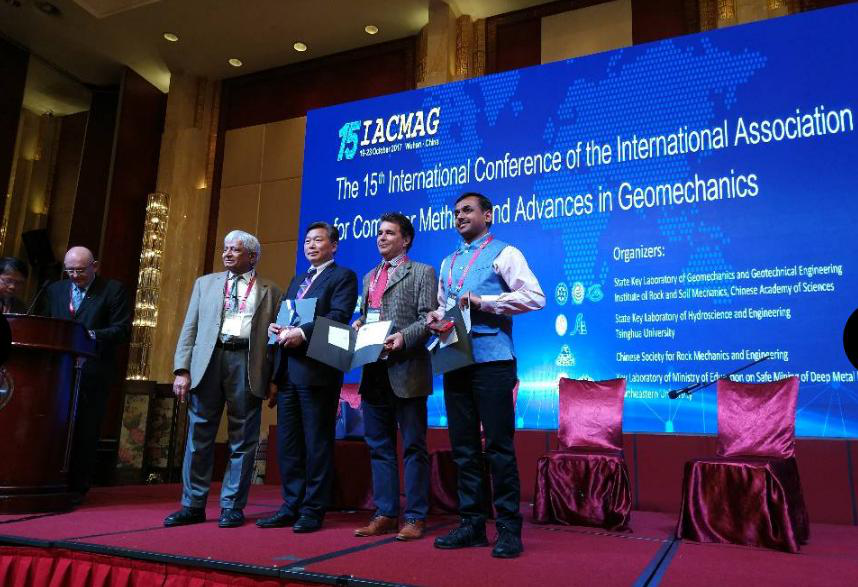 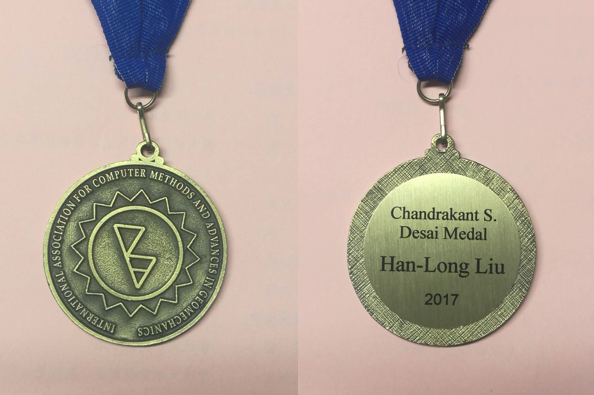 IACMAG, in 1991, following decision of 6th International Conference, 1988, Innsbruck (Austria), was arisen from an International Committee on Numerical Methods in Geomechanics set up in 1976, and was organized as triennial or quadrennial conferences. With more and more experienced experts and scholars from all over the world attend the conference, IACMAG grows to be one of the most crucial and influential conference in the field of computer methods in geomechanics.